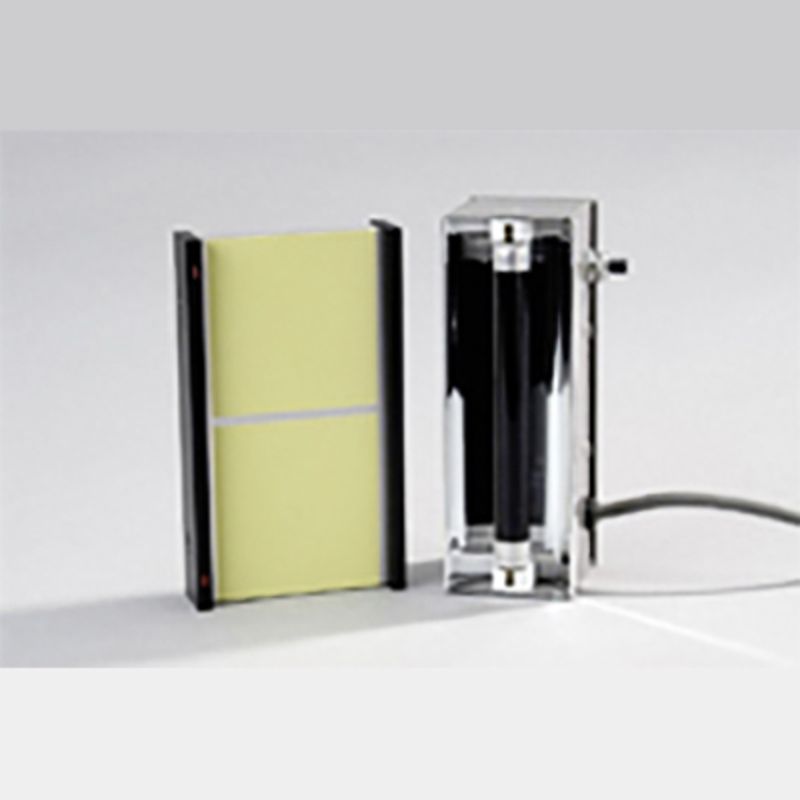 Macken Instruments’ thermal image plates allow to see real time IR laser beams with high resolution. The characteristics of this instrument enable it to solve a wide range of problems.

The thermal image plate displays IR laser beam through the use of thermal-sensitive phosphors. When illuminated these phosphors fluoresce by a long wavelength ultraviolet light (3600A). The intensity of the fluorescence decreases with increasing temperature.

When an IR laser beam strikes the thermal-sensitive surface, the absorbed energy raises the surface temperature and produces a corresponding thermal image. The produced pattern appears as a dark image on a bright fluorescent background when the surface is illuminated by an ultraviolet light. Different sensitivity ranges are obtained by using different phosphors and by varying the amount of thermal insulation between the phosphors and the anodized aluminum heat sink.

Any long wavelength, ultraviolet light can be used to illuminate the surface, but Macken Instruments’ lamp model 22-UV is the most satisfactory. Its small size and high-illumination level permit it to be conveniently positioned out of the working area.

The power density of CO2 laser beams ranges from those which can rapidly burn holes in firebrick to those that can’t be felt on the back of the hand. Eight different surfaces with overlapping sensitivities are used to smoothly span the power density range from 200 Watts/cm2 to 0.01 Watts/cm2. (The minimum detectable power for a focused beam is less than 0.001 Watts.)

Thermal image plate 22-A contains four surfaces which cover the power densities commonly obtained from CO2 laser beams as they emerge from the laser. The lower power densities usually found in optical systems and divergent beams are covered by thermal plate 22-B.

A Thermal Image Plate device is capable of displaying beams up to 200 Watts. However, it must be removed from the beam and allowed to cool when there is a marked decrease in overall fluorescence. This occurs when the plate has absorbed 15,000 Watt seconds of power. Powers less than 30 Watts can be dissipated indefinitely.

Precautions have been taken to eliminate specular reflections from the Thermal Image Plate. Both the thermal-sensitive surfaces and the anodized aluminum have matte finishes and show little surface reflection at 10.6 microns. However, standard safety precautions such as wearing protective glasses should always be observed when working with IR lasers.

The thermal image plates 22-A and 22-B as well as the ultraviolet lamp 22-UV can be purchased separately or together in the form of a thermal image kit. When the kit is purchased, a hard plastic case is also included. Considering the wide range of power densities which can be obtained from non-uniform beams, we recommend an initial purchase of the thermal image kit.