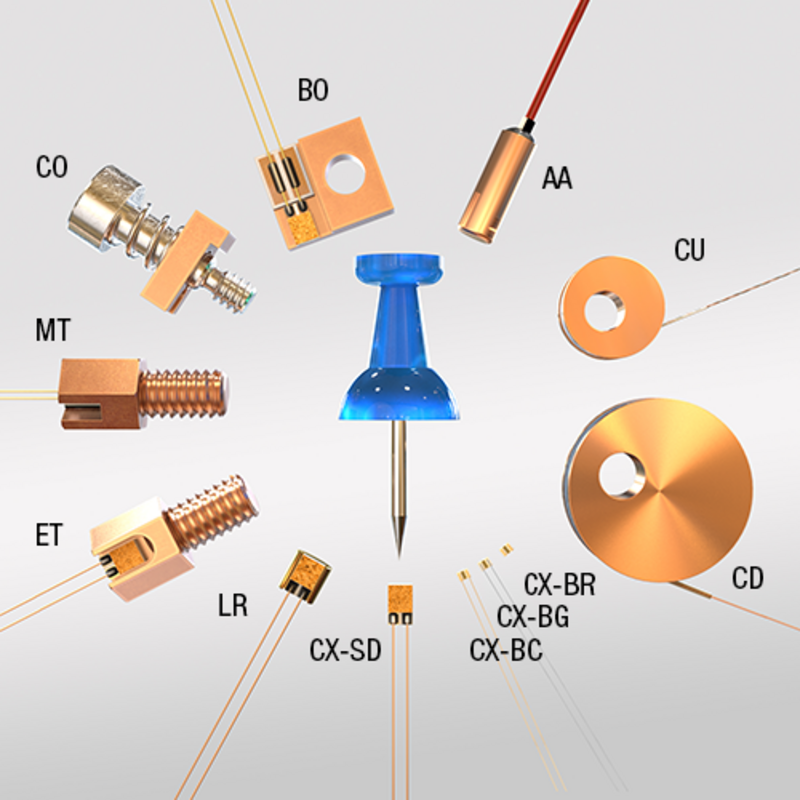 The choice of the right temperature sensor is essential for an accurate and realistic determination of low temperatures in a cryostat. For this purpose, each sensor can be attributed with an individual set of properties, like temperature range, accuracy and resolution, magnetic resilience, radiation resilience and package options. We are offering Cernox, Silicon Diodes, Gallium Aluminum Arsenide (GaAlAs) Diodes, Germanium, ROx, Platinum, Capacitance and Thermocouple temperature sensors. Depending on the sensor type, different packages are available, like specially designed, bare chips, bolt-down and embedded packages.

Temperature is a thermodynamic quantity that describes the state of a body. To measure this state, a second body can be brought into contact with the first. This causes the temperature in both bodies to equalize after a certain period.

Thermodynamically, the difference between the temperature of two bodies can always be determined. From this the temperature scale was developed, which refers to the absolute zero point. In the SI system this is the Kelvin scale, which is measured in Kelvin [K] (see box for further scales). Fixed points of this scale are so-called triple points. At these points an atomic species or a compound like water (H2O) is simultaneously present in all three aggregate states, i.e. solid, liquid and gaseous. This is the case for water at 273.16 K. This point is assigned to exactly one pressure and one temperature. The boiling temperature of water (temperature at the transition from liquid to gaseous) varies depending on the pressure and is therefore not clearly defined.

Responsible for defining the temperature scale are government authorities such as NIST (National Institute of Standards and Technology), NPL (National Physical Laboratory) and PTB (Physikalisch-Technische Bundesanstalt).

For temperature sensors with extremely reproducible manufacturing processes, tolerance curves are created that indicate how close the temperature curve obtained is to the calibration standard. Examples are Si diodes and platinum thermometers, where it is possible to exchange individual sensors of the same design and still achieve an accurate measurement of the temperature. The degree of accuracy is determined by tolerance bands.

High end applications for the HR series are among others, space telescopes, supercolliders, fusion reactors, research satellites and maglev locomotives. 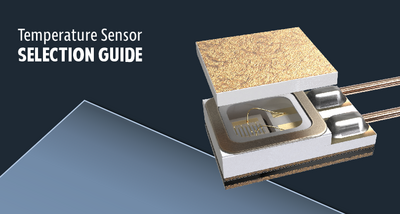