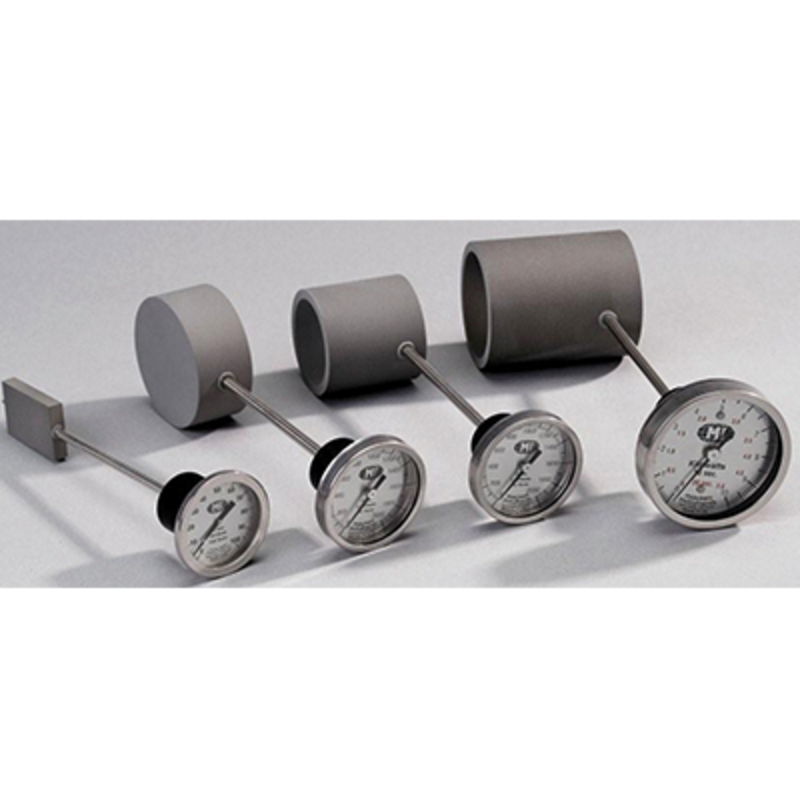 Each power probe is a self-contained unit consisting of an absorbing head, a temperature measuring mechanism, a zeroing knob and a readout dial. In operation, the dial is zeroed. Then the absorbing head on the end of the Power Probe is exposed to the laser beam for a specified time interval. After the Power Probe has been removed from the laser beam, the average laser power can be read out on the dial. The process takes about one minute. If it is necessary to make several power measurements in succession, the absorbing head can be rapidly cooled by immersing in a beaker of water between measurements.

There are three models of Conical Power Probes: C2K, C4K and C10K. Table 1 below gives specifications for these models. Table 2 gives approximate damage threshold for both the flat surface and conical power probes.

High power lasers that can cut metal can also damage the absorbing head of a power probe if the beam is too concentrated. It has been found that it is not possible to quote a single number for the power density that will damage a power probe. The damage threshold is also a function of the total power in the beam and whether the absorbing head is moved during the exposure.

For a CO2 laser, there is no loss in absorbtivity (no damage) when the coating is heated to the point where it exhibits a visible bleached spot but no other change. There is damage when metallic areas can be seen on the surface. In operation, power densities should be kept substantially below the indicated damage threshold. 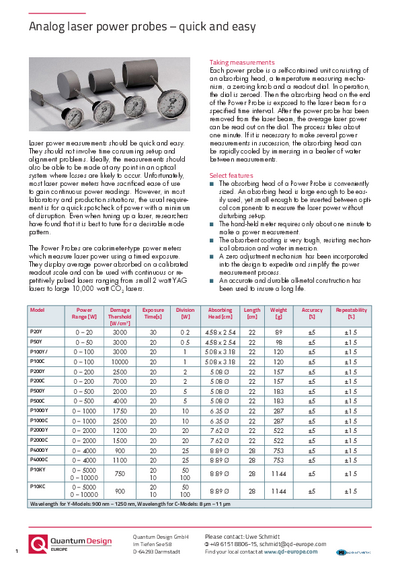