Light has long since been part of scientific research. Today, it is used in many ways: for lighting, to observe stars and planets, to generate energy or for optical data transmission. Many characteristics of light can be attributed to its wave/particle duality. The historic double-slit experiment on the interference of monochromatic light is often used as an example for its wave structure while the photoelectric effect is considered the first evidence for the quantized character of photons.

Some of the later experiments concentrate on the preparation of special quantum physical states in which the wave function of photons can be seen despite the fact that they are detected as single events. This result is a consequence of their nature as indistinguishable bosons. Of special interest are pairs of entangled photons which are generated in a joint process. After emission in various directions, these photons can go different ways. Their entanglement, how­ever, means that they cannot be seen independently in respect to one or more of their properties, even when separated by large distances. The physical theory behind this phenomenon can be expressed mathematically and can be experimentally verified with statistical methods (by counting photons).

In this context coincidence measurements (i. e. the proof of a pair of simultaneously generated photons) play an important role. To get such proof, sensitive detectors like electron multipliers or avalanche photodiodes can be used whose signals show the coincidence by correlation. As these detectors have no spatial resolution, single-photon-sensitive cameras can be used instead.

The proof of quantum physical entanglement goes beyond that of the proof of coincidence. The first requirement is the availability of a source of entangled photon pairs. In experiments they are generated in an optically non-linear crystal by an intense laser beam. By spontaneous parametric fluorescence, a single photon of a laser wavelength (pump-laser) will turn into two photons with longer but different wavelengths that are entangled in one property, for example polarization (signal and idler).

One way to visualize the entanglement is the so-called ghost imaging. In this experiment, the long-wave photon is used to scan the test object in the NIR range (e. g. in transmission). However, physical evidence is given for the short-wave entangled photon that has not interacted with the object. The short-wave photon is detected by a gated camera triggered by a photodiode. The camera’s electronic runtime has to be compensated by an optical delay line (see fig. 1).

We offer intensified CCD and intensified sCMOS cameras from Andor Technology as suitable measuring solutions. iStar cameras can determine detection windows smaller than 2 ns. They are triggered by a fast-response photodiode which enables coincident registration.

Another visualization method is achieved by the clever combination of two non-linear crystals. The actual source of the generated photon pair cannot be determined (see fig. 2). By quantum optical interference of individual photons an object can be imaged in transmission without the need for detecting coincident photons. The detected image is fully based on the evidence of the (short-wave) photons that have not interacted with the object. The fact that they are an entangled pair means that the partner photon can also be influenced by matter. The image contrast is generated by a perturbance along the path of the long-wave photon which is transferred to the detectable photon by entanglement. The transmission shown in fig. 3 therefore is a result of the quantum interference of two interfering wave functions 1.

In this configuration, an ICCD camera with gating function (image intensifier) is not necessary. Here, the efficient proof of individual photons is achieved with a sensitive EMCCD camera. Cameras of the Andor Technology iXon series with 512 x 512 and 1024 x 1024 pixels and an outstanding quantum efficiency are particularly suited for this task.

Visit our website for detailed information and application notes on research with ICCD and EMCCD cameras of the iStar and iXon series.

More about our imaging products 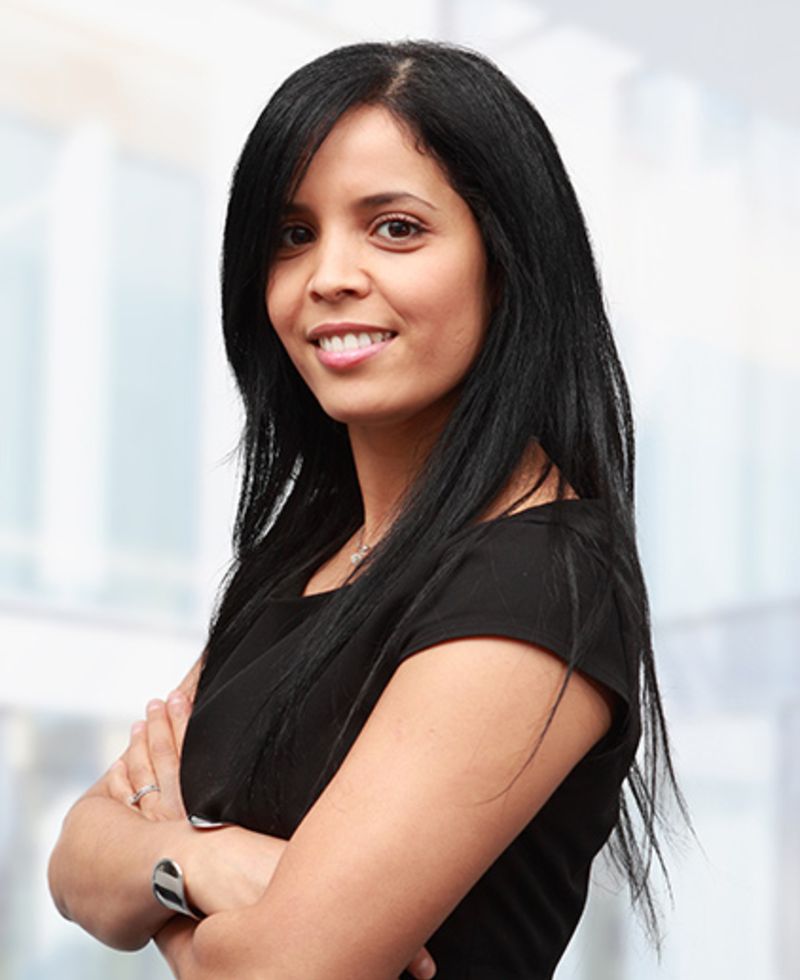