The sun is our star in the daytime sky and, in addition to supplying us with light, heat and life, it also provides us with a number of spectacular phenomena that we can study with the help of special solar telescopes. In the visible light of electromagnetic radiation (at wavelengths of about 400-780 nm), for instance, sunspots can be observed (see Fig. 1, left). These are regions of increased magnetic activity that inhibits the supply of heat via convection from the interior of the sun. As a result, these regions are about 1500°C cooler than the surrounding environment with a temperature of approx. 5000°C, the so-called photosphere, which is the lowest layer of the solar atmosphere.

Frequently, gas eruptions occur in these regions of activity. These prominences radiate in the red light of the Hα line at 656.3 nm. Unlike sunspots, they cannot be observed in the entire visible range since they are literally outshone by the photosphere. Only during a total solar eclipse can the solar limb including prominences be observed for a few seconds. During such a phenomenon, it is actually possible to examine the chromosphere with the naked eye. The chromosphere is the gaseous layer of the sun, which is adjacent to the photosphere and is about 2000 km thick. Compared to the solar radius of almost 700,000 km, however, this is not much.
To be able to study prominences and other interesting phenomena of the chromosphere of the sun not only during a solar eclipse, refractors with special filters are widely used today: The brightness of the solar image is reduced by a block filter (bandpass filter). To isolate the Hα line, etalons are usually used, which eliminate most of the radiation in the visible light by destructive interference, only allowing wavelengths around 656 nm to pass (see Fig. 2).

At Meckesheim Observatory, the sun is observed regularly, since it has not yet been found out when, how and why all these phenomena in the solar atmosphere occur. Regular observation of the spatial and kinematic changes associated with solar phenomena can provide more data for testing physical models of complex magnetohydrodynamic processes, which might lead to a better understanding of the nature of our sun, which in many aspects is still mysterious.
Some of the acquired data is uploaded to central databases of astronomical associations and are thus available to interested amateurs and scientists.
Fig. 3 shows the observatory's so-called solar tower: an arrangement of five solar telescopes, enabling simultaneous images to be taken in four different bands in the visible range, with bandwidths from 0.04 to 10 nm.
Among others, an Hα QUARK eyepiece filter by Daystar is used This filter accommodates a 4.3x focal length extension, a 12 mm block filter and a 21 mm etalon. To adjust the wavelength, the etalon is heated with 1.5 A at 5 V via a power supply unit. An aperture system ensures stray light reduction and provides for high contrast.

Fig. 4 shows the setup for detailed studies of activity regions in Hα light on a refractor with 102 mm aperture and 714 mm focal length. The imaging is done using a monochrome astro camera, in which a Sony IMX174LLJ CMOS chip is installed and that delivers up to 120 frames per second. This allows air turbulence to be "frozen" to a large extent. Due to their higher resolution, monochrome cameras are preferred over color cameras.

Investigations in the light of the Hα line show changes in prominences, filaments, and flares over time scales of just a few minutes, while noticeable structural changes in photospheric phenomena (e.g. sunspots) cannot be be detected before several hours have elapsed. For this reason, Hα observations are of particular interest.
After more than 6 years of regular use, reduced contrast was observed in the imaging of activity regions of the chromosphere: Prominences on the solar disk, recognizable as dark filaments, were barely visible (see Fig. 5.).
The reason for this was found quickly: The manufacturer's recommendation to put a UV-IR filter in front of the QUARK filter in telescopes with an aperture of 80 mm and larger had not been not complied with consistently. We now hoped that the etalon had not been damaged. Starting from the assumption that only the block filter had been affected (see Fig. 6), we ordered a bandpass filter 656FS02-12.5 from Quantum Design.
With a CWL of 656.3 nm +0.2/-0 nm, an HWB of 1.0 nm ±0.2 nm at a transmission of at least 45% and a blocking of at least OD4, this filter meets the requirements for correct operation of the eyepiece filter. After this simple retrofitting measure, we noted with relief that the contrast in the image was as good again as it had been in the early years (see Fig. 5 below). Now, a permanently installed UV/IR filter in the optical deflection system prevents premature deterioration of the eyepiece filter system. 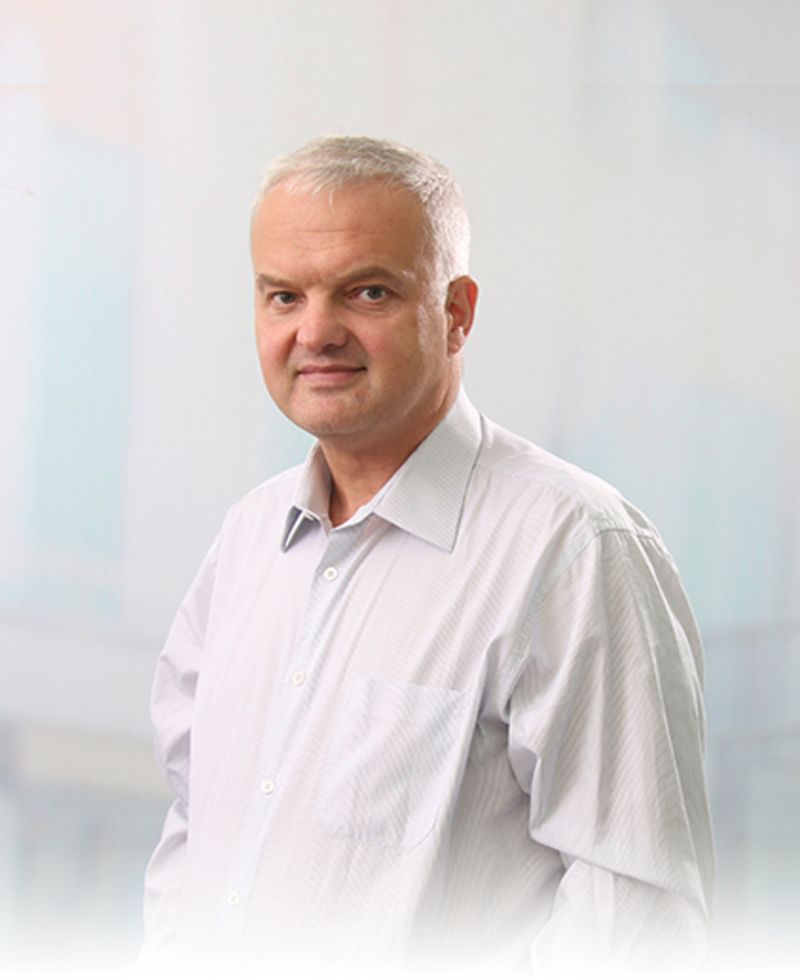