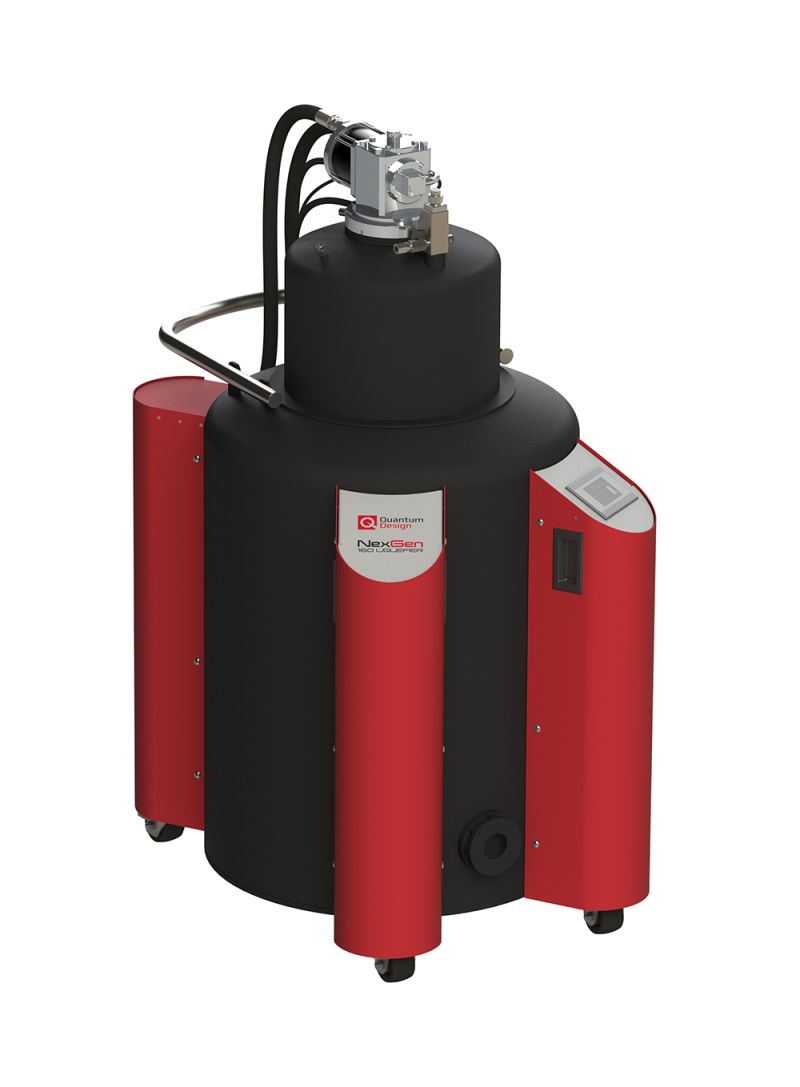 "The small liquefiers are easy to use and can deliver 500-600 liters per week to satisfy our institution's needs."

The Physics Department at Leiden University uses both a Quantum Design Physical Property Measurement System (PPMS) and a Quantum Design Magnetic Property Measurement System (MPMS), in addition to a scanning tunneling microscope (STM) and SQUIDs to carry out their measurements. Helium transfers are performed five times a week to keep all of their instruments cold, and a High Pressure Recycling System employing five ATLs and three ATPs recycles both the static and transfer helium boil off.

The users appreciate the ease of use and automation of the system, which allows them to focus on their measurements rather than their helium supply. They were surprised and happy to learn that when the ATL is full, extremely efficient transfers can be performed by allowing the ATL to automatically cool the liquid helium below the boiling point.

Initially, a single ATL160 and ATP30 were installed as a proof-of-concept. These worked so well that the system was quickly scaled up to provide helium to the entire department. Now they are enjoying significant cost savings on their helium budget and they no longer worry about the availability of helium deliveries. 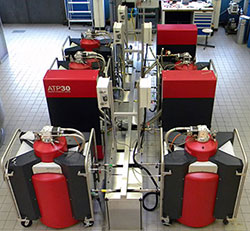 "We were most surprised by the high level of Helium recovery made possible by the ATL system."

The Scientific–Technical Services Department (Servicios Científico-Técnicos) at the University of Oviedo uses a Quantum Design Physical Properties Measurement System (PPMS) with a 14 tesla superconducting magnet to carry out their magnetic measurements. A 14 tesla magnet requires greater quantities of liquid helium to keep cold than a standard magnet and releases high levels of liquid helium boil off when ramping the magnet. The department had a strong interest in reducing helium costs and securing their supply of liquid helium. Helium transfers were conducted twice a week and amounted to roughly 75 liters of liquid helium needed per week.

Quantum Design installed an ATL160 along with a Medium Pressure Recycling System to capture and store both helium gas that would otherwise be lost through normal operation and helium gas which boils off during transfers. A specially-designed PPMS Recovery Kit now allows the department to recycle both the boil off from the dewar and the helium pumped through the annulus of the PPMS. Transfer boil off gas is automatically captured from the dewar without the need to manually open or close any valves.

With their new ATL system, the users at this facility have expressed their happiness with the high levels of helium recovery possible using the recovery kit and medium pressure recycling system. The liquefying power of the ATL160, along with the overall flexibility and user-friendliness of the system, has alleviated their helium concerns and provided a solution which allows them to continue their magnetic measurements free from worries of cost and availability of helium. 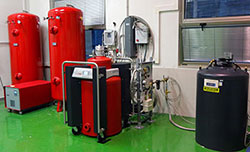