Fluorine is an important element in industrial chemistry and has applications in a wide range of industries, such as pharmaceuticals, agrochemicals, polymers, surfactants and solvents. It is estimated that more than 20 % of all pharmaceutical compounds contain fluorine.

This includes some of the top drugs such as Prozac (fluoxetine) and Paxil (paroxetine).

NMR spectroscopy is a valuable technique for the measurement of compounds containing fluorine especially organofluorine compounds. After 1H and 13C NMR, 19F is the most common nucleus studied by this technique. 19F nuclei have a spin value of 1/2 and a high gyromagnetic ratio, which means that this isotope shows high receptivity for NMR measurements. The 19F isotope also has a natural abundance close to 100% giving high sensitivity compared to other nuclei present in low abundance. The 19F frequency on Pulsar, a 1.45 T magnet, is 56.76 MHz allowing 1H or 19F spectra to be measured sequentially using the same probe without removing the sample.

Pulsar is a high performance benchtop NMR that does not require external services, such as liquid cryogens or compressed air, and can be placed in the laboratory rather than in a specialised NMR facility. Spectra can be collected within a couple of minutes using standard 5 mm NMR tubes.

A series of spectra have been collected to demonstrate the 19F capability and performance of the instrument.

The spectrum shown in Figure1 is a mixture of 2 fluorine-containing chemicals; Trifluorotoluene and trifluoroethanol. Trifluorotoluene (TFT) is often used as a reference material for 19F spectra. It appears as a strong, single peak at -63.72 ppm chemical shift vs. CFCl3. It is a single peak as the structure consists of 3 equivalent 19F nuclei isolated from any other nuclei that would couple to it. The peak in the spectrum due to trifluoroethanol is split into a triplet. This is due to the fact that the 19F nuclei couples with the 1H nuclei on neighbouring carbon atoms in the molecule, just as 1H nuclei would couple with other neighbouring 1H nuclei in the molecule.

The 19F spectrum of Perfluorodecalin is shown in Figure 2. This is a much more complex spectrum due to the fact that there are a large number of 19F nuclei in different chemical environments:

Looking at the spectrum of the 5-bromo-1,2,3-trifluorobenzene in more detail, the pattern of peaks at about -162 ppm chemical shift is highly symmetrical due to the symmetry within the molecule. The single fluorine, F2, will couple with the two equivalent fluorine nuclei (F1 and F3) to give a triplet, and also with the two chemically equivalent protons (H4 and H6) generating a signal that appears as a triplet of triplets. 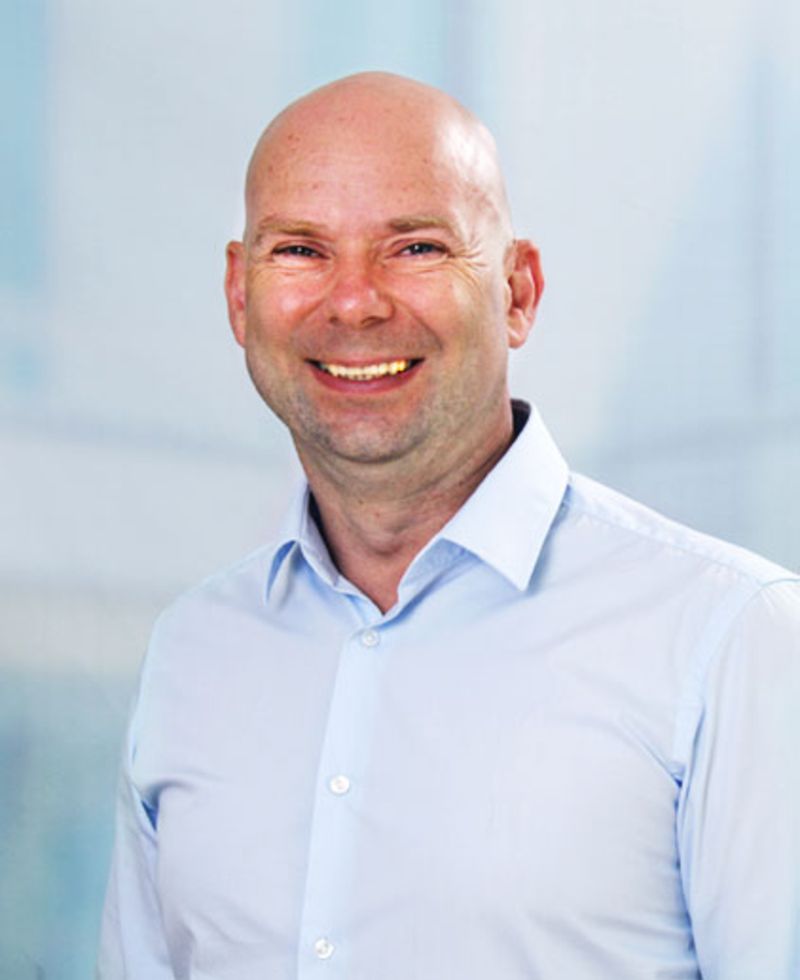